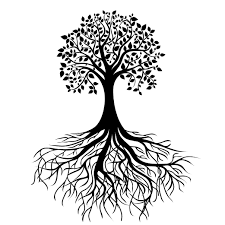 The word heal in English comes from an old Saxon word which means "to make whole." The words wholesome and holistic come from the same root, and the definition of holistic describes nature as a unity, made up of wholes which are more than a mere sum of its disparate parts. (Interestingly, the English word holy comes from the same base that is seen in heal and health - 'hail', 'halig', and 'hali' which means "whole, entire, unimpaired" and in a religious context, "unsullied.")
Terms such as whole and holistic are in vogue now, maybe in response to one of the most unfortunate ironies of our times - in spite of all of our progress, a lack of wholeness predominates. Dysfunction, disease, and ailments continue to hold sway and cancer is epidemic. Modern medicine is impressive in its advancements but often criticized for its lack of understanding of whole systems especially in the area of preventive health care. And the main emphasis seems to be on the elimination of symptoms rather than the healing of root causes. Symptoms are treated as problems in and of themselves - pharmaceutical drugs are readily prescribed and purchased, and often the connection of symptoms to causes is not thoroughly examined or even made.
In spite of all of our accumulation of knowledge in the information age and our so-called advancements, we remain blind or seem to become more blind to the whole truth of how things are caused or connected. In the industrial age, specialization and compartmentalization is the norm, and the ability and desire to see the whole picture, regard things holistically, is considered kooky.


(This blindness is also prevalent in the mundane day-to-day operations of the business world. Management consultant and executive coaching pioneer Julian Moody and I discuss this in the topic "Symptoms Versus Causes" which is part of our project Dialogues with Julian Moody: On Life, Business, Sustainability, and Other Things.)