2014 was full of big news items (Isis, Ebola, Ferguson, etc.) that received a lot of coverage for obvious reasons, but the suicides of Robin Williams and Brittany Maynard stand out in my mind as reflective of issues that perhaps aren’t examined as much as they should be.

Like many, I liked Robin Williams. I grew up with Mork and Mindy and thought he was a good actor and comedian. And I knew someone who had met and spent some time with Robin (through Robin’s lifelong friend Jonathan Winters who frequented the Coffee Grinder, a coffee shop that existed for years in Carpinteria, California where I live.) And this person observed that it was impossible to truly connect with Robin in an authentic way, not due to any conceit or snobbery on Robin’s part, but because Robin seemed to have a compulsive need to be always “on” and performing. When he told me this, I remembered an interview with Robin I had read. The interviewer had asked about his earliest memories of performing and Robin explained that his mother was the unhappy wife of an auto company executive and as her only child, he constantly entertained her to try to make her happy (and presumably get her attention and love.) Those two pieces of information always stuck with me over the years. So when I learned of his suicide, which occurred on August 11, 2014, I was very saddened, but it also came as no surprise to me.
After his death, keeping in mind what I knew about Robin, I looked for news items that touched on or explored why this man, in spite of all of his obvious blessings in life, was so deeply despondent. There was no shortage of tributes to his career, accolades over what he achieved, his career highlights, and mentions of his philanthropic work. There was some speculation as to why he committed suicide. Possible reasons cited included: despondency over diagnosis of Parkinson’s disease, diffuse Lewy body dementia, recent heart surgery, side-effects of medications, and depression (of medical origin.) Little else was mentioned of his obvious despair and unhappiness, or its possible roots in his life or past experiences, even though there were clues (i.e. the interview that I read.) Just a string of possible medical reasons were given. 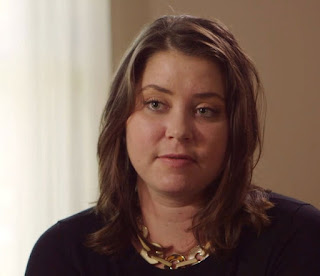 (On a completely irrelevant side note, three new topics were added to my project Dialogues with Julian Moody: On Life, Business, Sustainability, and Other Things. Management consultant and executive coaching pioneer Julian Moody and I discuss the background and beginnings of his career in the topics: "Customer Service at Four Winds Nursery" ; "Bad at School But Good at Learning and Teaching" ;  "The Early Days and the First Big Break")