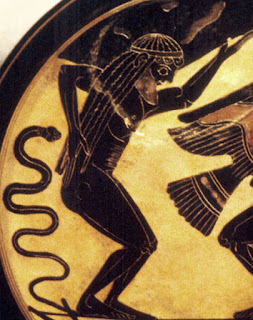 (Laconian black figure pottery, 530 B.C. Atlas’ back obviously aches from the load and he is harassed by a serpent.)