Terror or Love: It Takes a Community to End Terrorism 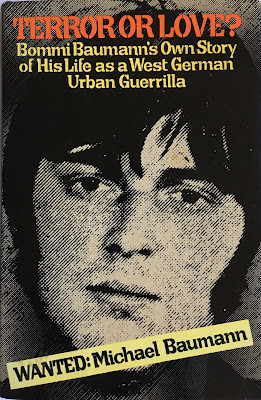 “…for myself, it was only the fear of love from which one flees into absolute violence,” wrote Michael Baumann a.k.a. Bommi Baumann in his 1975 book Terror or Love? (originally titled Wie Alles Anfing in German.) Baumann was part of a now barely-remembered domestic terrorist organization in Germany with ties to terrorists in the Middle East. Inspired by the student unrest of the 1960s, this “militant kernel of Berlin’s counter-culture” began as a group called the “Central Committee of the Roaming Hash Rebels.” Becoming increasingly violent, they eventually sent members to Jordon to receive training from Palestinians on terrorist tactics such as use of arms and bomb-making. Nicknamed the Hash Brothers (which eventually became the June 2nd Movement), they went on a rampage of bombs and violence in the neighborhoods of Berlin which made headlines in its day. In my random browsing, I came across Baumann's obscure book chronicling his misadventures as a terrorist and his eventual abandonment of the movement and his provocative comment stuck with me. In spite of large differences in context and seemingly far removed from current events and radical Islam—Baumann was a far left, dope-smoking hippie who happened to prefer bombs to peace—I felt there was a commonality and insight to be learned. (Bear with me, this is going to be a long thread.)
Record numbers of young westerners are choosing to join radical extremist groups such as ISIS and people are scratching their heads over why. There is no single profile. Former recruiters and recruits reveal a range of reasons that include but are not limited to: dissatisfaction with their lives; lack of healthy family; racism; a sense of injustice; a desire for belonging; disenchantment with the typical lifestyle of a westerner; a desire for meaning and purpose; a desire to belong to a cause; outrage over the hypocrisy of the west; a belief that the west is against Islam. When ISIS began to make headlines, Defense Secretary Hagel and General Martin Dempsey acknowledged the need for military action of some kind, but that there is no military-alone solution to ISIS. Radical Islam ultimately won’t or can’t be eradicated by military force because it is an ideology and mindset.
So where did the roots of this ideology and mindset originate? The mind of the man considered to be godfather of modern Jihadism, Sayyid Qutb. Qutb was a literary critic, author, and educator turned Islamic theologian most known for his notorious Islamist tract Milestones. Qutb’s work was cited as a primary source of influence on bin Laden by the 9/11 Commission Report, and although now ISIS and al Qaeda are at odds, ISIS, in their own propaganda, traces its origins to bin Laden.
Qutb spent two years in the United States, from 1948 to 1950, on a scholarship to study the educational system. He visited major cities such as New York and Washington D.C. and also spent time in Greeley, Colorado. He recorded his observations in a small book titled, The America I Have Seen. Depending on what mood you are in when reading it, this strange document can seem annoying, insightful, sophomoric, or hilarious. He displays a cultural snobbery (e.g. his mocking complaints over the unfamiliar use of salt and sugar and haircuts lacking “elegance”) and there are some amusing factual errors (he claims the first immigrants to North America were adventure seekers and British prisoners.) And while Greeley in the late 1940s would be considered very conservative by today’s standards, based on Qutb’s description of a church dance while there along with his impression of the American female, you would have thought that he visited a disco and a strip club. He obviously exaggerates, seizing on the most negative and presents a picture of America in the ugliest, most unflattering angle and light possible, but some of his observations admittedly are astute, incisive, and cut to the core of a spiritual and moral bankruptcy that exists in America, a country that gives God a lot of lip service but frankly in daily practice seems to put more faith in applied science. When grasping for reasons as to why radical Islamists hate the west so much, we often state, “They hate our freedom and democracy,” as if it were just a petty matter of envy and resentment. But unfortunately, it’s much more complicated than that. What we Americans (and westerners in general) smugly and complacently see as progress, Qutb viewed as a regression into a more primitive state and that our fixation with technology is actually barbaric akin to a caveman eyeing his tools with vulgar fascination over what more powers he could wield if he could only dream up more tools. In Qutb’s words:

“As for the invention of tools, the wielding of powers, or the making of objects, these things are in and of themselves weightless in the scale of human values.”

“It appears that all American ingenuity is concentrated in the field of work and production, so much so that no ability remains to advance in the field of human values. America’s productivity is unmatched by any other nation. It has miraculously elevated life to levels that cannot be believed. But man cannot maintain his balance before the machine and risks becoming a machine himself. He is unable to shoulder the burden of exhausting work and forge ahead on the path of humanity, he unleashes the animal within.”

“It is the case of a people who have reached the peak of growth and elevation in the world of science and productivity, while remaining abysmally primitive in the world of the senses, feelings, and behavior.”

“But humanity makes the gravest of errors and risks losing its account of morals, if it makes America its example in feelings and manners.” 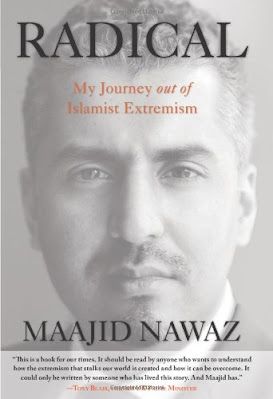 For general information on ISIS, the article "What ISIS Really Wants" is one of the better pieces I’ve seen (although I don’t agree with all of the author’s views.)

(Posted 12/22/15)
This site gets visitors from all over the world! Many of Brandy's posts have become evergreen posts which enjoy wide and continual circulation. If you like what you read, Brandy would love to hear from you. Please say hi and where you're from via the contact form (mail icon on the right.) You can also join her email list through this form. Put "email list" in message.