Dionysos on a Ship 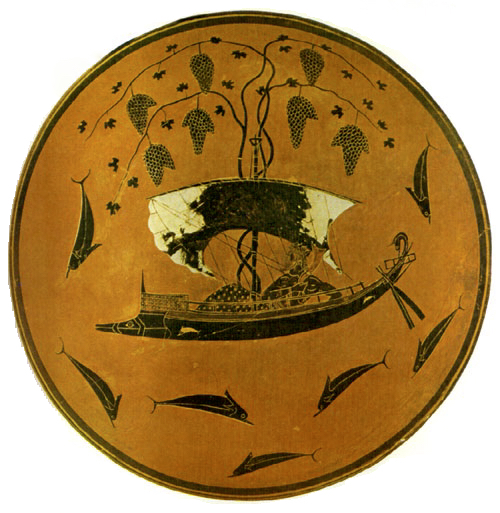 Dionysos is kidnapped by Tyrrhenian pirates who want to sell him into slavery. The ship sprouts grapevines and ivy and the sails drip with wine. (In another version of the myth, Dionysos also turns into a lion and releases a bear onboard.) The pirates abandon ship and are transformed into dolphins. They lose their identity forever and dance in the waves.

Western theater developed into its formal form in ancient Greece. The patron deity of theater in Greek culture was Dionysos.
J.R.R. Tolkien, C.S. Lewis, and other Christian writers observed numerous myths contained themes and symbols of Christianity long before the arrival of Jesus Christ. Tolkien and Lewis shared a love for myth, story, and fairy tale, and believed them to be, in Lewis’ words, "a real though unfocused gleam of divine truth falling on human imagination." ‘Dying god’ myths abounded in many cultures and they believed that Jesus Christ was the historic and literal fulfillment of these myths. Their discussions of these myths were pivotal to Lewis’ conversion. As C.S. Lewis later wrote in an essay in God in the Dock, “We must not be nervous about ‘parallels’ and ‘pagan Christs’: they ought to be there—it would be a stumbling block if they weren’t.” A pagan picture of Christ points to a need and desire for Christ as well as a premonition of Christ. Missionary Don Richardson (author of Eternity in Their Hearts) found such pagan allusions to Christ in traditions, folklore, and stories in cultures all over the world. Dionysos was such an allusion and ‘dying god’ myth referred to by Tolkien and Lewis.
Dionysos was not traditionally a part of the Greek pantheon of gods (he was added later), which tended to represent rational and "heroic" virtues favored by society. Dionysos was perpetually seen as an outsider and outlaw, as someone who didn't fit in, and as the unofficial representative of whatever was oppressed, repressed, and marginalized in society. The ancient Greeks, in spite of their mythology, favored rationalism, so it is not surprising that Dionysos was the god they felt the most frightened and ambivalent about. He seemed to embody the intrusive and unpredictable, what most people found difficult to put into words or left unspoken, hence he was relegated to the realm of theater, storytelling, comedy, and other dramatic arts.
Some themes and motifs: 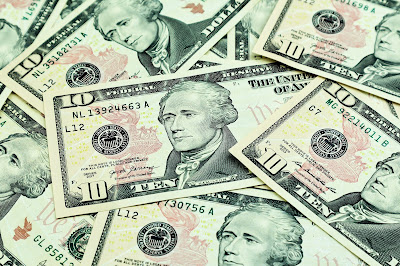