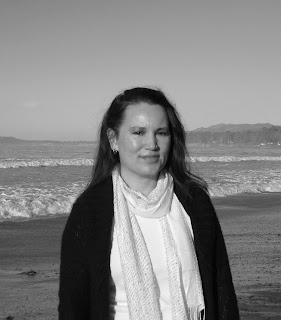 Born to an American father and Japanese mother, Brandy grew up in Japan, Pennsylvania, and New York. After graduating from high school, Brandy ended up on the oceans of the world. As a midshipman and officer (after graduating from USMMA in 1991), she worked on various seagoing merchant and research vessels (10 ships total) and traveled to ports in Europe, the Middle East, Asia, South America, North America, and Alaska. She also worked on a Military Sealift Command charter to Mogadishu, Somalia during Operation Restore Hope in 1993. In her meanderings, she ended up in Santa Barbara county. There she joined Seaside Theater and soon started writing plays. Her first one act play, Isabel, was produced by Seaside in 1996 and produced by a professional company at the Harold Clurman Theatre in NYC in 1998. Her second one act, Birds At Sea, was produced by Seaside in 1998. Her full-length play, The Fool, was produced by Seaside in 1999. Her first full-length play, The Moons of Alnyron, was given a staged reading by Famous Door Theater in Chicago in 1997, produced by Seaside in 2000, and published by Samuel French in 2002 (click here for ebook preview.) Then followed a period of loss. In 2002, her mother passed away unexpectedly, and in 2005, her father died of cancer. Through all of this adventure, blessing, and misfortune, Brandy has learned the living God and the love of Christ are very real. And she was also fortunate to befriend some interesting people along the way including WWII veteran and leadership coaching pioneer Julian Moody. (Click here for their project: Dialogues with Julian Moody: On Life, Business, Sustainability, and Other Things.) In her reading and writing, she enjoys a wide range of interests ranging from the whimsical to the practical like business. Regardless of topic, underneath all of her writing is the firm belief that God is love, God is good, Jesus is real and that faith is not for the stupid (as some claim) but the intelligent and imaginative and those humble enough to be childlike and a fool.